The more older we grow, the more interest we lose on birthdays. I can’t speak for all but that is what i have been feeling. But this year my birthday was made special by my love! He took me out for this romantic dinner to “Original Sin” an amazing Italian/Mediterranean vegetarian restaurant. I have to say i was surprised. It was so thoughtful of my husband to do some research and find one of the best places to go for vegan food.

The entire day we were literally starving and didn’t eat much. So heading to the restaurant was like a gold mine for our tummies. We took a table on the outside, it had just rained and the climate was pleasantly chilly.

The first item we ordered on starter was called “Dukkha”. So Dukkha is an Egyptian spice mix made of multiple seeds, nuts and leaves. It was served with extra virgin oil and Ciabatta bread. So basically you dip your bread in the oil then coat it with some generous amounts of Dukkha then go straight for the munches. Ah! i have to say it was a foodgasmic moment! Never have i had the chance to try Egyptian food, this was my first time trying it. The crunchy flavour from Dukkha mixed with soft bread and olive oil makes it the best combo.

When we were almost done with providing our orders to the waiter, we noticed the “Today’s Specials” menu written on the chalk board. “Chickpea” was on the soup of the day. We had to try it, i mean who doesn’t love chickpeas? It was the best soup i had ever tasted in my life! The soup had a tomato base with mix of other veggies and spices such as bay leaf. It had a very similar flavour of Indian spices but at the same time it was very mild. Whomever was the chef, was a brilliant person to have created it! It was a piece of art. Love love and love is all i could say. 🙂

I ordered the “Vegetable Tandoori” for my mains. It was a mix of grilled mushroom, brinjal (eggplant), capsicum, onion and tofu marinated in tandoori spices served with mango chutney and white rice. The veggies were so juicy when i bit into them. Yum! Normally all Indian restaurants tandoori dishes are not vegan friendly. They have yoghurt mixed into them. It was incredible to try a tandoor item after all these years as vegan. The sweet, sour mango chutney added more soul to the dish. By this time i was filled to the brim and satiated to my fullest.

We called the waiter for getting the receipt, then he goes “No desert for you ma’am?” I was like “You have a vegan desert?!” and he replied “Ofcourse” and hands over the menu to me. My pupils just dilated like the puss in buts :). I mean, how can i not indulge? So we ordered the “Apple crumble served with coconut ice cream and berries”. It was one of the best vegan ice cream i had tasted so far. The aroma of hot and crunchy apple crumble combined with cold sweet coconut ice cream was fascinating beyond imagination.

This was probably the first time i had a full course vegan meal! I was the happiest girl end of the day. Everyday i hear these meat eater blab on and on about the cruel meat based cuisine they refer to as “food”. Honestly i cant stomach hearing the crap don’t have a clue how these people eat it! Vegan food is paradise for your Soul and Body. Hope the World wakes up to it one day!

If you are living in Singapore or ever plan to visit here, i highly recommend to dine here. You will thank me for it. 😉

How to VEGAN slowly and truly

Introduction to a ‘Shop My Stash’

A Guide to Makeup Declutter 2019

This site uses Akismet to reduce spam. Learn how your comment data is processed. 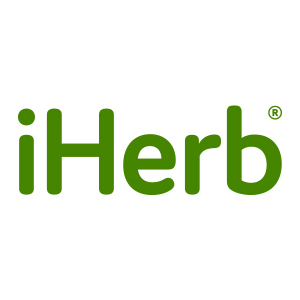